WILLBRANDT Gummiteknik A / S with headquarters in Haslev south of Copenhagen is the Nordic subsidiary of the German-owned WILLBRANDT KG. We provide service and products to a wide range of different industries. We are an old company based on more than 125 years of experience and knowledge.

At WILLBRANDT, we are experts in rubber, polyurethane, and elastomer products. We deliver expansion joints absorbing movements in piping systems. We also deliver dampers to reduction of oscillation, vibration, and shock waves. We focus on a holistic approach ensuring our customers products maintain their high quality.

In 2005  Johnny Anekjær was appointed the new CEO. Since then the company has undergone several landmark changes, among other things relocating  to Haslev and converted into a limted company in 2015.

WILLBRANDT Gummiteknik A/S has expanded rapidly in recent years, achieving the title as “fastest growing company” (Gazelle company) 5 times. Last time in 2015 for the third consecutive year.  Resulting in our staff consisting of 13 skilled and committed employees presently.
Today, WILLBRANDT is a strong partner in the industry providing a wide range of solutions in the field of vibration damping, shock absorption, compensators, winter service and  various rubber and metal compounds.
WILLBRANDT is a close partner with GMT Gummi Metall Technik GmbH, who manufactures rubber and metal products for the rail industry primarily, all Continental / ContiTech products and selected BARRY CONTROL products.
We stock a wide rangection of our own products, both in Haslev and in Hamburg e.g. all standard rubber compensators from DN 20 to DN 1000 and the appropriate flanges.
We work in close connection with our German mother company, cooperating our large production and engineering division. Enabling us to provide quality tested customized solutions.
A large part of our activities are based on shipping, so we are geared to a fast and accurate delivery of our products throughout the world.

WILLBRANDT Gummiteknik A/S was founded on March 14, 1994 by the more than 125-year-old WILLBRANDT KG in Hamburg.

WILLBRANDT Gummiteknik was situated in Bjæverskov,40 km from Copenhagen until the summer of 2006, when the company moved to Haslev, headed by Johnny Anekjær. Here WILLBRANDT Gummiteknik had bigger facilities as well as warehousing and forklift. Thus, facilitating better working environment and the potential for growth and improved logistics.

The Manager ofr WILLBRANDT Gummiteknik in 1994 was Aage Christensen, with years of experience as Danish sales responsible for Continental Contitech’s industry range such as” SchwingMetall”, was well suited to get to know WILLBRANDT “from the inside”.

From 1994 to 2005 the company steadily grew with Aage at the helm assisted by an internal employee and an external sales representative. Slowly but surely the customer base expanded, and today we are happy to still count some of those first customers to our portfolio.

In the summer of 2005 Aage Christensen retired and Johnny Anekjær was hired as the MD of WILLBRANDT Gummiteknik as from January 1st. 2005 to ensure a smooth transition of leadership.

Johnny Anekjær started modernizing the company including update of the ERP system to newest version of Navision as well as a CRM-system incorporated in the daily business..

Simultaneously it was decided to provide the company with a broader customer base, and therefore Willbrandt started canvassing and using marketing as well as implementing the complete Willbrandt KG product range.

From 2006 and onwards the staff was expanded with sales reps in Jutland. As the customer base kept growing, warehousing was necessary in order to secure ongoing expansion and quick delivery..

Due to the heavy expansion the company was converted from a PLC to LTD setup in 2015 after a buyup of the company Vibtex in 2014.The following years the company kept expanding,  making it clear that the location is no longer suited for the desired continued expansion. In 2016 the lot “Grønlandsgade 9” is acquired and the plan is to build a new domicile with room for continued expansion.

WILLBRANDT has expanded its workforce from 2 employees in 2005 until today with staff of 15 situated in Haslev and Stockholm as well as 4 young workers. Our customer base now encompasses not only Denmark but all Nordic countries, Iceland, Faroe Islands, Greenland and the Baltic states.

WILLBRANDT has evolved from having no management system to being ISO 9001-2015 and ISO 14001-2015 certified as well as being certified according to the Achilles/ Trans-Q and Utilities Nordic.

The rapid growth with profits every year (except for 2009) has led to 5 Gazelle company of the year awards, last time in 2015, which was the third year in a row.

Our expansion continues; 2018 was our all time high and in 2020 we will relocate to our new facilities in Grønlandsgade 9, Haslev.

We have been working for years to improve our skills, to expand the spheres of our work and to use the latest tools, so you could receive better results. We strive to enhance our experts’ skills and use high-tech technology.

The WILLBRANDT Group consists of 5 independent departments. They are all highly specialized in products, production and services. Together, total solutions are delivered and we have great competencies in the various areas of expertise that benefit our customersYou can get an overview of the other departments here: 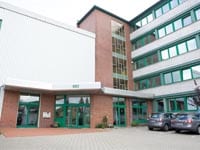 Hamburg is the head office of our company encompassing all central functions such as management, accounting, marketing, quality management, EDP and HR.

In addition to stocking an extensive range of products, we also have various production establishments in Hamburg specialising in vibration technology, expansion joints and noise protection. 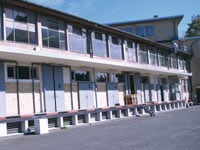 At our Berlin subsidiary, the entire product spectrum has focused on the wholesale trade since 1994. 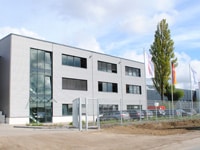 The department was founded in 1995. Since then, the Hannover department has consistently specialized in the military, rail and wind industry as well as the following product areas:

A large part of the products are produced at the Hanover factory. For this purpose, a comprehensive machine park (punching machines, presses and plotters) is available, as well as a large warehouse store available for quick and flexible delivery.
You can see more on our german webside: www.willbrandt.de 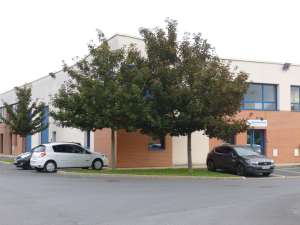 With the establishment of our subsidiary in France, located in the south of Paris in the district of Île de France, we have taken an important step towards the implementation of our strategic objective – the further expansion of our sales activities in Europe.

During the development phase, WILLBRANDT France will concentrate on the range of expansion joints, CAVOFLEX wire rope isolators and product solutions for individual sectors.
We look forward to the cooperation with our customers in France.

Our vision is to provide all-in-one solutions for our customers helping them to perform and deliver the best possible product.

Our mission is to be a reliable partner with our customers and suppliers, to ensure the best quality and exclusive opportunities. We take pride in our knowledge, and will take the extra step to find the best solution.

Innovation:
We develop with the customers and use our skills to meet the customer’s needs in the best way. We believe that our strength lies in special solutions.

Knowledge:
We educate the employees continuously both in-house and at our suppliers to ensure we have the widest possible knowledge in our field.

Service:
Our dedicated and flexible staff are passionate about providing a good service and always focused on the customers’ needs.

Lead time:
Many products have long production time so we continuously expand our warehouse to ensure the shortest delivery time possible.

Quality:
We never compromise on the quality, it is our main focus in all aspects.

In order to fulfil our vision and mission, we have developed a Strategy Map for 2017-2020. This Strategy Map is an important tool for formulating and implementing the strategy in our company. Thus focusing everyone to work  in the same direction and to the same goals. 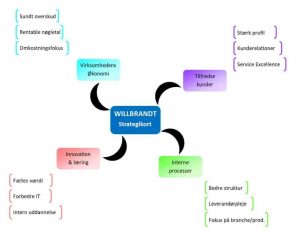 If you can not find your industry in the overview, please contact our competent employees, they are always ready to help you find a solution

We are happy to help our customers with comprehensive solutions, even from the idea is taking form

We use cookies for at better experience. We hope you will accept, but have the opportunity to refuse. SETTINGS
ACCEPT REFUSE
Read more

This website uses cookies to improve your experience while you navigate through the website. Out of these cookies, the cookies that are categorized as necessary are stored on your browser as they are essential for the working of basic functionalities of the website. We also use third-party cookies that help us analyze and understand how you use this website. These cookies will be stored in your browser only with your consent. You also have the option to opt-out of these cookies. But opting out of some of these cookies may have an effect on your browsing experience.
Necessary Always Enabled
Necessary cookies are absolutely essential for the website to function properly. This category only includes cookies that ensures basic functionalities and security features of the website. These cookies do not store any personal information.
Functional
Functional cookies help to perform certain functionalities like sharing the content of the website on social media platforms, collect feedbacks, and other third-party features.
Performance
Performance cookies are used to understand and analyze the key performance indexes of the website which helps in delivering a better user experience for the visitors.
Analytics
Analytical cookies are used to understand how visitors interact with the website. These cookies help provide information on metrics the number of visitors, bounce rate, traffic source, etc.
Advertisement
Advertisement cookies are used to provide visitors with relevant ads and marketing campaigns. These cookies track visitors across websites and collect information to provide customized ads.
Others
Other uncategorized cookies are those that are being analyzed and have not been classified into a category as yet.
SAVE & ACCEPT